Warning: Use of undefined constant FLYWHEEL_PLUGIN_DIR - assumed 'FLYWHEEL_PLUGIN_DIR' (this will throw an Error in a future version of PHP) in /home/316961.cloudwaysapps.com/kzgkgkngvf/public_html/.fw-config.php on line 11
 Dhiren Patel, FFF 2014 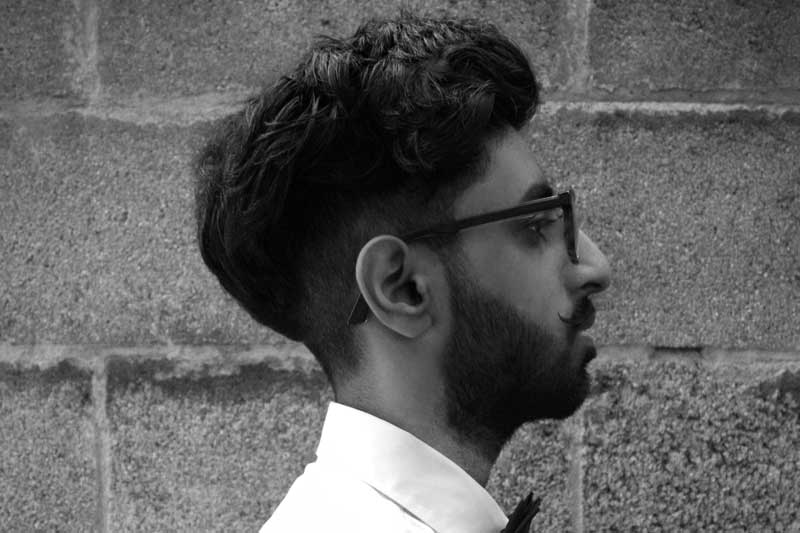 Dhiren Patel, the winner of the Future Film Festival design competition for the 2014 edition, seen in elegant profile.

“My experience at the BFI for the Future Film Festival was one that has enormously enriched my design knowledge and practice as a creative.

The introductory workshops were an excellent medium that gave a real insight into the world of film posters and cinematic history from an insider’s perspective, of course, this naturally uncovered many unknown gems in the process. They revealed to me a new sphere that I had limited contact with and enabled me to access a completely new mindset, more importantly, the relaxed atmosphere of these sessions only aided this process so that I could fully absorb all on offer.

Later workshops focused on idea generation and conceptualisation, admittedly my favoured area, though the interactive format of the later sessions facilitated networking with other designers as well as BFI staff which proved to be an excellent catalyst in idea development. I wanted to create something fresh and innovative, calling for something visually striking that would appeal to the younger consumer and hinted at the opportunities this festival brought.

The chosen concept was born from the idea of the Future Film Festival having ‘infinite possibilities’, a weekend where anything is possible once you are given the right tools and knowledge. I tried to manifest this physically through a layout of various film and photography equipment. In essence, all the festival goer has to do is – just bring the ideas. 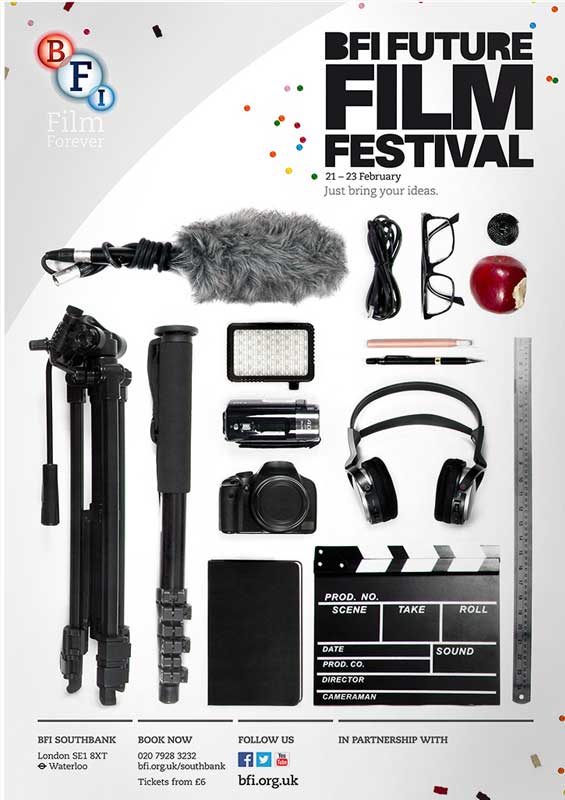 The process ended in a pitch to the marketing department of the BFI which was great exposure for a fresh graduate and ultimately ended in an internship. The internship within the marketing department at the BFI was my first experience within a studio environment and proved to be immensely beneficial for my professional practice; I was exposed to the entire design process and was able to head the entire campaign.

Of course, I must express my appreciation to Piccia, who aided me as a personal tutor and and without whom my concept could not be realised.

The experience was invaluable and entailed constant learning from the very onset; it provided not only gave me my first industry experience of working within a studio but also the opportunity to see my design through from conception to print within a professional environment. ”